Next Steps in Weaving TOC and Project photo 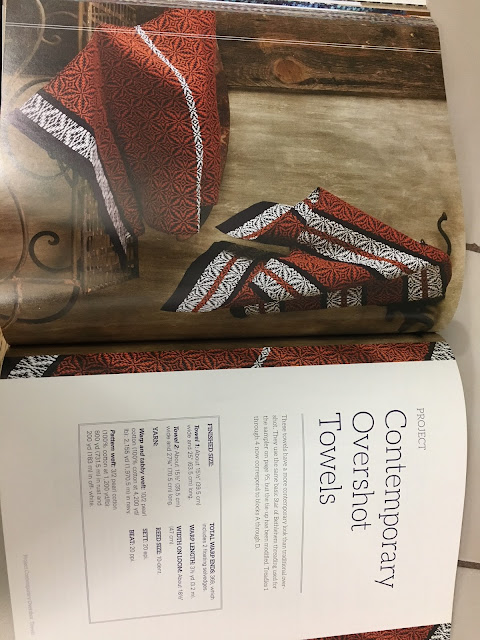 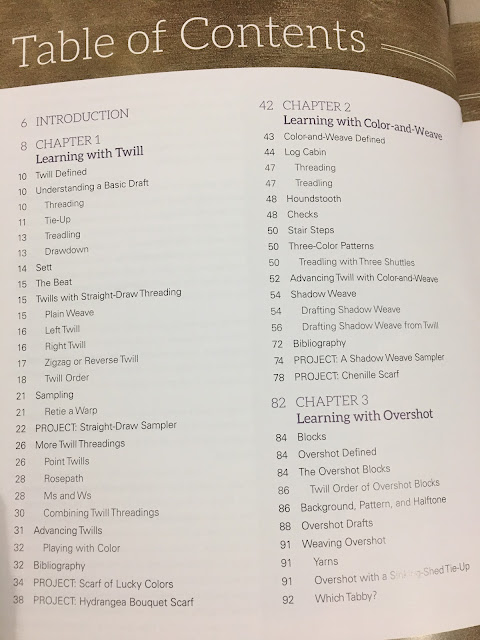 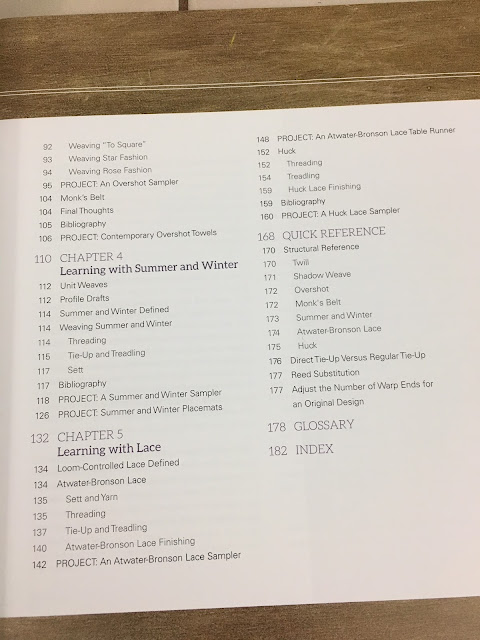 Kelly Marshall published a book of rep weave for the home. It's a beautiful book, full of inspiration of color and design. My daughter chose Waterdance for a table runner and placemats. This was meant to be their 5 year wedding anniversary gift in May, then a housewarming gift in August... She finally got them on Christmas day. I can excuse myself for some of the delay due to my broken foot and ankle, but that only accounts for 12 weeks of a 7 month delay. 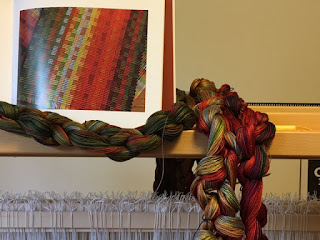 This is one of the warp chain, Kelly's book in the background. 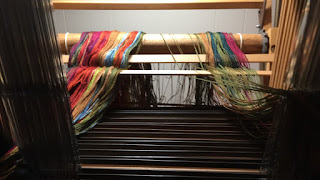 Those warp chains were not the favorite thing I have ever threaded... I used a combination of UKI and Valley 5/2 cottons. The UKI is twisted a bit tighter than the Valley, and they really wanted to stick to each other more than any other cotton warp I've worked with.

I wound 6 yards, and this is 48 ends per inch, so this was a VERY dense warp. I had to make 3 separate chains. Once I got it sorted out and onto the back beam, my weaving neighbor looked at it and urged me to re-beam. I had not done a good job with managing the dense warp and it was falling off the sides a bit. She warned that this would be a tension nightmare. She was right, so re-beam I did, using a ton of sticks and tying a string back and forth across the warp, snugging it up. This technique is covered in Kelly's book.

The rest went quickly. Each block has 12 threads each of 2 colorways (some colors were blended) and they are threaded on pairs. Each heddle carries 2 threads. Threading errors are so easy to identify straight away. Same with bringing the pairs through the reed. I used a 12 dent reed, so there were 2 of each in every dent. This is threaded on 10 shafts, so there are 5 independent color swapping blocks. 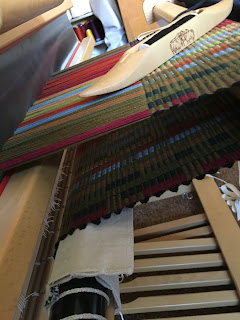 Then the weaving! This goes SO fast! The weft is 3 strands of Sugar and Cream for the thick and 10/2 cotton for the thin, and you can see how FAT each pick is.

I used my cotton duck "cloth beam sticks" and it worked GREAT. This has pockets for warping sticks sewn in and winds onto the cloth beam with the cloth, covering the knots, allowing a really smooth winding on of the cloth. This was another suggestion from Kelly.


There's a little distortion showing on the beige/green striping. After looking at this picture, I took a look behind the loom. I had a bundle caught up on the lease sticks (which I left in during weaving, and once I released that it was fine.

Here's the entire length off the loom. The sticks are separating the placemats. Isn't she BEAUTIFUL?!? 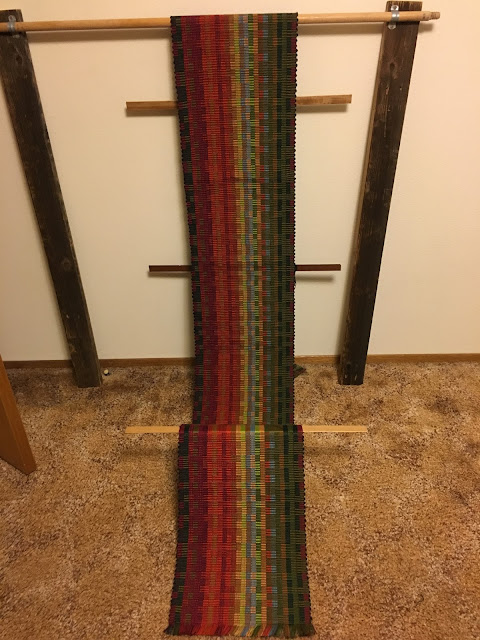 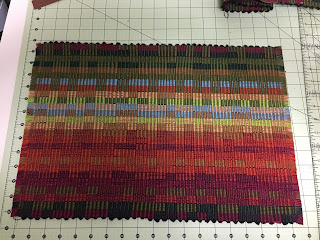 And here's a finished placemat. I had intended to get a picture of the entire set, but my daughter ran off with it before I got that done. I can't blame her. It was 7 months late, after all!

Anyway, I am so pleased with this, I will be weaving more from Kelly's book. I'll stick with 8 shaft designs, though. The Spring is really not heavy enough for this kind of weaving. Poor think shook and shuddered through the entire process. The Baby Wolf is far better suited for this kind of punishment :)