More than a year has gone by and what a difference a year makes, right?

Family still remains a focus, but much less so as everyone's health is a stable as expected considering where they are in life. My FIL had colon cancer surgery in November, and the months leading up to and after that were pretty exhausting for everyone, and we are very glad he is through with that!

... I just gotta say, though, colonoscopies save lives. Neither one of my In-Laws had one, both have had colon cancer surgery. A little discomfort now saves a lot of pain later. Regardless of what your practitioner says (they say they were told they didn't need them), push for one, at least by age 60. Or find a new doctor. Until less invasive options are available, this is it, folks.

So! Weaving and sewing! There has been a little of both!

First off, I wove 6 yards of "water" for our ANWG Convention guild booth. It was made out of some crazy synthetic made in 1965, a blue and green and gray concoction of thick, ropey, synthetic fibers. The wonderful ladies of the Whidbey Weavers Guild collected all manner of things from members, put them together into a cohesive scene, and took Best in Show!


I also wove a little Swedish lace valance for our bathroom window out of bamboo. No picture, but it's nice! As part of the same study of Swedish lace, I also made placemats out of some cotton I bought in a closeout. No pictures of those either, but I may do a separate post on that later (LATER, she says...)

My big project this past year was weaving fabric for a jacket to be made in a class with Daryl Lancaster. Seriously, if you have never taken a class with her, DO IT. She is fun, relaxed, funny and an expert at what she does. 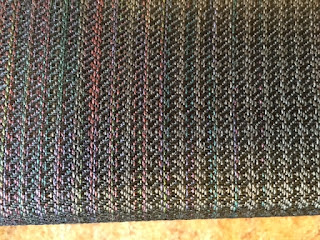 And here are some shots of the finished product: 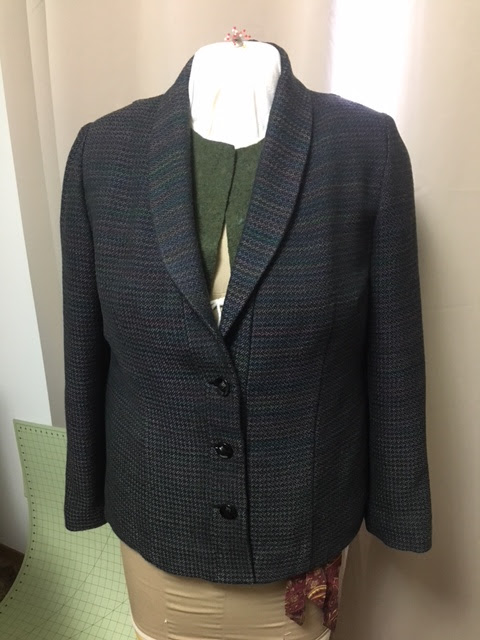 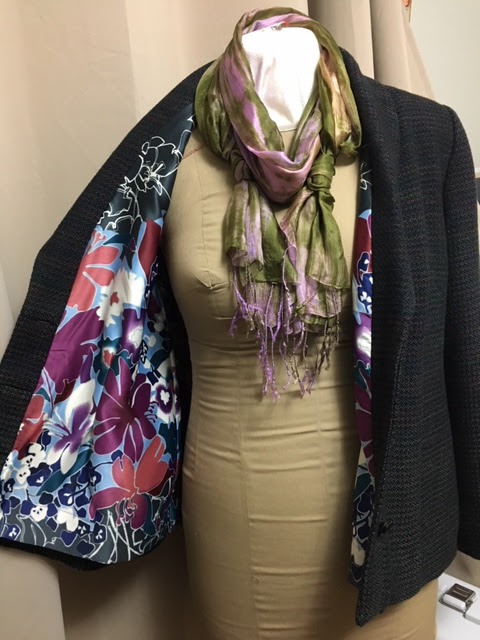 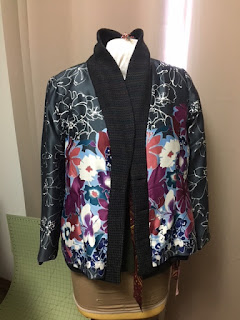 The lining is fondly refered to as "The Surprise Inside" :)

I'm also part of a group that focused on deflected double weave, so I wove a few samples for that. I adapted an Elisabeth Hill blanket into a rayon and tencel scar
f in slate, gray, pink and violet.


I hemmed this and the repeat drives me NUTS, but my daughter doesn't care, so this will be here.

I removed those bundles, changed the left border and made another scarf. There is, OF COURSE, a treadling error, but I can live with it. That one will be mine :)

Next up is a rep table runner from Kelly Marshall's book. I have it beamed on for 2 weeks, but I'm not too sure it went on well. I think that's why I'm avoiding threading. YIKES. 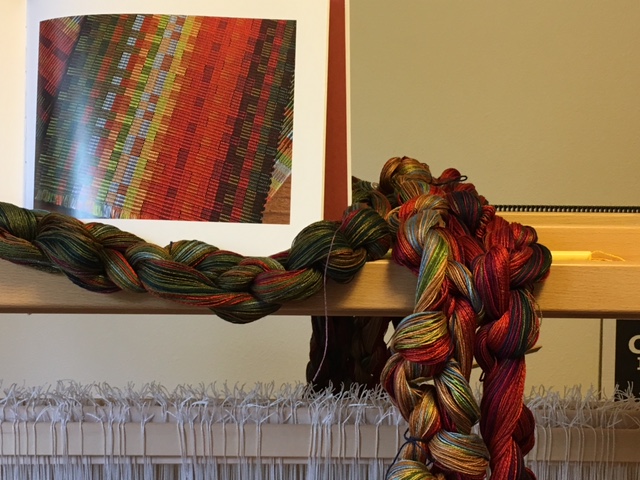 That's it for now! I hope to have the runner done by the end of August and look forward to sharing it here!